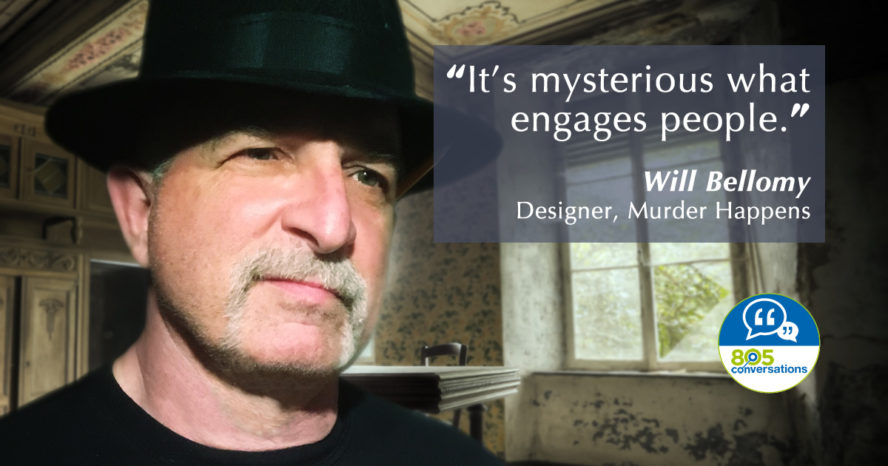 Will Bellomy is himself quite a character, ironically he designs characters for his party game business, Murder Happens. Will joined us in the studio, with guest host, Kimberly Herriman. Kimberly is studying 'Play' as a part of her doctoral research at Antioch University. By day, Will works at Photothermal Spectroscopy in Santa Barbara, designing marketing materials to illustrate the incredibly complex process of their products. It's no wonder he's fascinated with creating complex narratives that anyone can play, with eight of their friends.

This conversation was interesting on several levels. Many of us love solving puzzles, and interactive mysteries, like the ones Will designs are tremendously fun. Will says his stories come from everywhere and hints that an upcoming game stems from an idea he had while talking with an Uber driver.

Kimberly added an interesting voice, as she's doing a lot of research into the psychology of play, and what motivates people to play. You'll learn a lot from listening to her questions. I'm looking forward to playing on of Will's games soon with her, and a bunch of our friends.

Will says his business is just getting going and that he's encouraged that board games are really hot right now especially social games. I think that we're experiencing a backlash against screens.