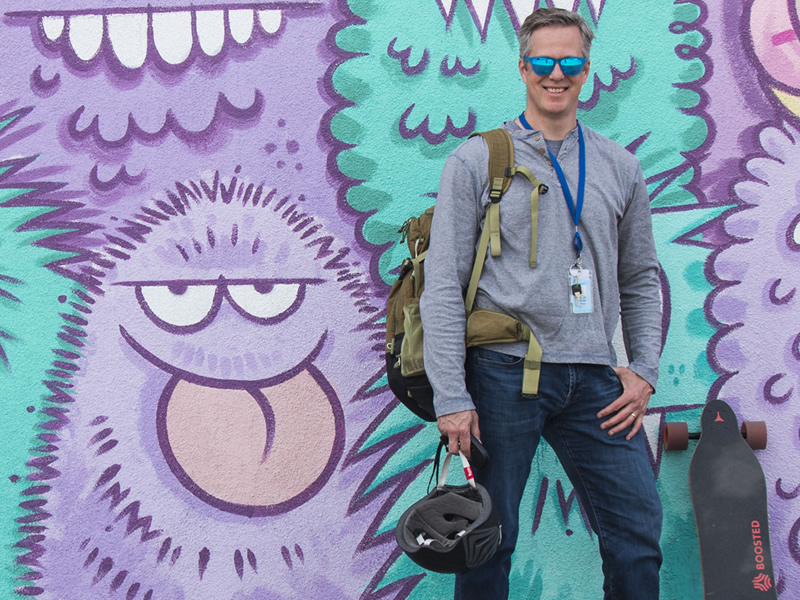 Make it up. Make it happen!

We’re all alone in this together.” Mike Williams

Mike Williams has one of the better jobs on the planet. He's the Getting Things Done Enterprise Architect for Zappos. What the heck kind of job title is that? In this episode, Mike tells about working with Tony Hsieh, the legendary founder of Zappos and being immersed in that fantastic culture. Mike is deeply involved by way of his background working for years with David Allen, author of Getting Things Done. Together they recently co-authored a new book, Getting Things Done for Teens (video above) and he's putting everything he's learned and taught around the world to good use at making Zappos one of the premier places to work in the US.

Mike talks about the Airstreams and Tiny Homes and the Village which has been designed so you will 'collide' with those you work with regularly. He says Tony will talk about colliding many times during the day and believes it's a key to the organization's success. Mike calls it Holocracy. Holacracy is such a big idea you'll want to follow the link and dig in; it's a revolutionary way to think about organization.

Which brings us back to Mike and the work he's on the planet to do - helping people get things done. He says figuring this out is the DNA of life, which he states so clearly as answering the simple question, "What's the Next Action?"

One thing that amazed me about the conversation was learning Mike, who lives in Camarillo, commutes to Las Vegas every week. Ok, that doesn't sound so bad, but he leaves out of John Wayne Airport in Orange County because he loves Jet Blue. What does that tell you about brand loyalty?

We met Mike a few years back as a part of TEDxCamarillo and were able to help him along his road to the red circle. You can watch his talk here.