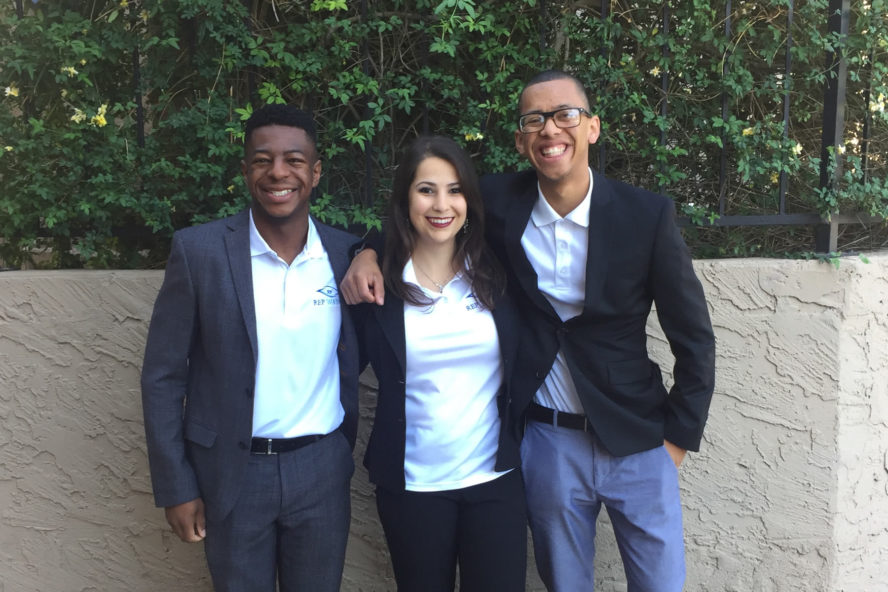 You Have Fifty-Four Hours to Create a Business. Go.

Our idea pivoted four times during the weekend.”

Robert, John and the third partner Alexis, won CLU’s Startup Weekend for their RepWatch idea. This included a $10,000 prize, and they’re on the way to getting their product into the market. This interview goes through the process of how you navigate the Startup frenzied opening hours through the various phases that lead up to the final judging on Sunday.

Turns out that they learned so much during this process they wrote a book so others could learn from their success. Read it here.

The big surprise for them was how much self-growth they’ve experienced. They learned that not only was it easy, but they enjoyed interacting with prospects.

The challenge (Dragon) for them is finding time for the business. For this past year, they’ve still been going to school. Robert is also the President of the California Lutheran Entrepreneurship Club.

The conversation with Mark and Patrick covered a lot of ground, including:

• What is Startup Weekend?
• How the weekend blends technical and non-technical people
• How you include the business model, business plan, pitch deck, market validation, prepare to present to judges and building a team into the 54 hour process.
• How they got out of the facility on Saturday to do market validation with real potential clients
• The idea of RepWatch is to create a wearable sensor that can track physical activity and report back to physical therapists to monitor compliance.
• They learned that 70% physical therapy clients don’t comply with their prescribed treatments.
• Listen as they explain how, by Sunday morning, they needed to pivot after a conversation with one of the mentors.
• How they’ll spend the $10,000 and what other things they won
• It took a weekend to generate the idea, and at least a year to expand on the idea and build the business.
• Oh, yes, remember up until just a few weeks ago, they were also full-time students.
• Then we learn that they’ve won $45K from other competitions.

Note: Alexis was not in this conversation.