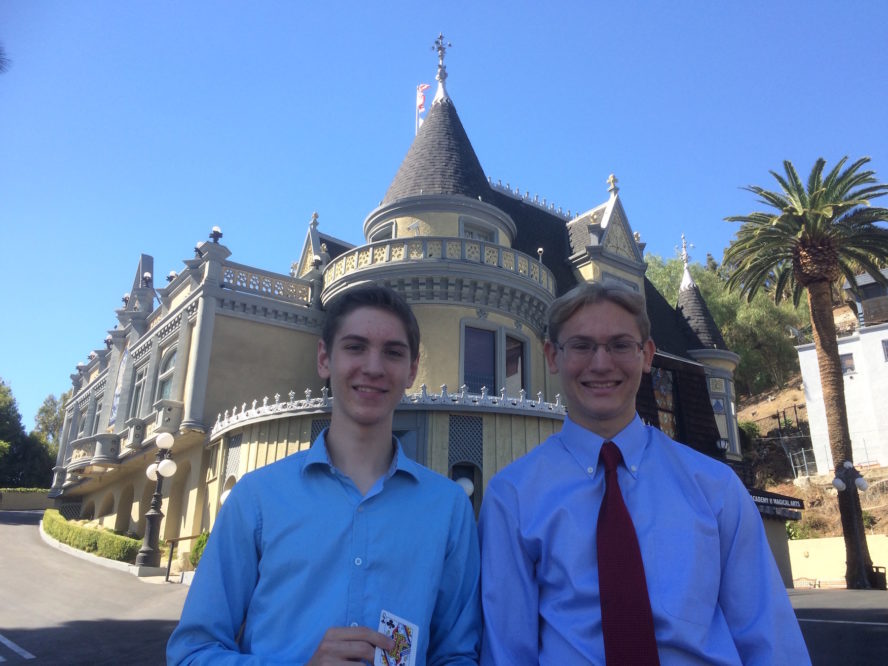 The Janik Brothers, both students at CLU, recently the 2017 New Venture Competition held at HUB101. Five teams competed in a Pitch Competition. The NVC is a different type of entrepreneurial event. In this one, you’re judged on your ability to pitch an idea.

These brothers brought an unusual secret weapon to the event. They’re magicians. They used magic in very clever ways to illustrate key points about their proposed business. It captured the imagination of the judges, and they walked away with first prize.

Mark and Patrick (also a magician) had a great conversation with these two. They are a bit cagey about the actual business as it’s still in the formative stage. We cover these topics:

• What strategy they crafted for their presentation
• What’s WEAVE (that’s the name of the business idea)
• How their idea is unique
• How you plan for a ten-minute pitch and a 10-minute QA
• Another skill in their arsenal, having been on Speech and Debate teams in high school
• How they’re planning on using the $3K prize money

Watch the video below to see Austin when he was on the Penn and Teller show, “Fool Us”.