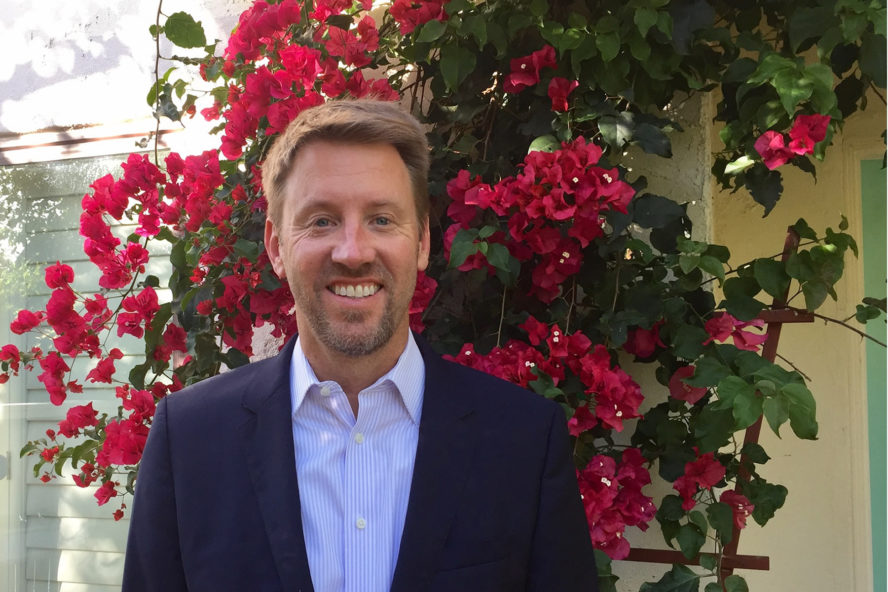 We go from virtual to real, right before your eyes.”Jamie DeVries, Founder, San Marcos Entreprenuership Academy

Jamie DeVries is a teacher, mentor and the founder of Kids Helping Kids. He also started the San Marcos Entrepreneurship Academy (SMEA), where they are empowering tomorrow’s business leaders. In 2010 he received the Distinguished Educator Award in Santa Barbara.

Jamie has 130 kids in SMEA and on a recent weekday evening at the Impact Hub in the Funk Zone of Santa Barbara, 20+ teams presented business ideas in the form of a tradeshow. It was an exciting night, and the student entrepreneurs got the real life experience of presenting, pitching and justifying their ideas to the general public.

The conversation ran the gamut and covered the many years Jamie has been at San Marcos, including;

• The story of the founding of SMEA
• How he had the baton passed to him from starting as an economics teacher – and how economics was a perfect prerequisite for teaching entrepreneurialism
• How they worked with Tom Reed (Also on this podcast) to create a Penny Drive which leads to the founding of Kids Helping Kids in 2003
• How they went from raising $5k to $7k a year to $400k a year, totaling $2.5 million overall
• The kids compete for positions in KHK (CEO, CFO, etc.). “In the SMEA, we’re all Indians with no chiefs.”
• “Kids do it all” was the answer to how does it all work?
• There were some interesting side stories about how Kids Helping Kids has moved beyond the walls of the high school to Nicaragua and Bombay (Mumbai)
• The difference between SMEA and the virtual enterprise programs in other schools.
• He talked about the role of TED talks in the classroom (which I loved to hear)
• Jamie also wanted to give a shout out to Jillian Heckman, the executive director of the SMEA.  She’s the glue of both KHK and SMEA.

This was an inspirational episode for me (Mark), as I’d spent the previous evening at the tradeshow for SMEA and was excited from those interactions and had plenty of questions for Jamie.