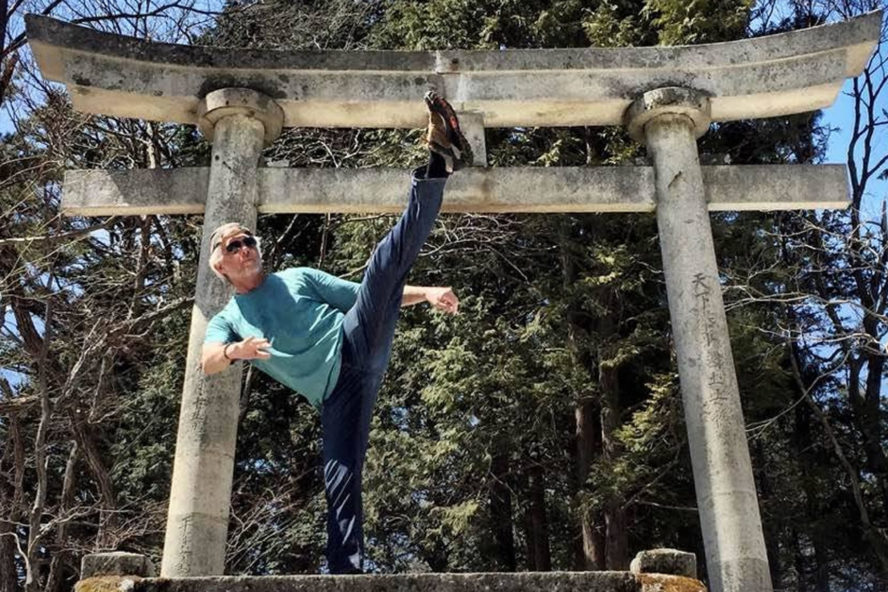 Grandmaster Dave Wheaton, a past guest on the show, joined us to talk about aging and his hero Jack LaLanne. Dave is the founder of Hapkido International and is in the Martial Arts Hall of Fame. He sat down to talk with Mark and Patrick about his wellness regimen and a recent trip to Japan where he embarked on the Samurai Trail (Nakasendo Way).

Dave was influenced early in life by Jack LaLanne who said, “Exercise is king, nutrition is queen.” Dave embodies this philosophy in his martial arts teaching and through the KUT (Kickboxers Ultimate Training) program pioneered at his dojo, Martial Arts Family Fitness, based in Santa Barbara, California.

Dave says that his Italian upbringing and a diet heavy in carbs lead to him being ‘husky’ as a kid. He now lives by the diet advocated by his wife and wellness expert, Melodee Meyer, author of the book: Clean Food Diet.

Much of the conversation focused on the magic that Dave encountered on the Samurai Trail. We talked at length about Mushasi, author of the Book of Five Rings and the impact he had on martial arts. He was the most notorious samurai of his time and never lost a battle.

You can listen to Grandmaster Wheaton’s first conversation with us here.